They say female long distance runners are like wine, they get better with time. I’m turning 30 on Saturday, which can only mean more PRs are heading my way 🙂 30. It sounds so mature. Here’s how I’ve been spending my last few days of my twenties.

Nothing like a Friday night tempo before drinking Golden Monkey’s and cooking up a storm with Alaina, who catered Ma’ayan’s Baby Shower yesterday. Averaged about a 6:50 per mile. I’ve really been enjoying my evening runs as a time to process the day and set goals. It does take a bit of meal prep so that I don’t end up eating dinner at 9PM. More on that below.

Saturday morning I ran 10 miles with Ellen and Peter. Ellen and I ran 6 more with runMDR. The route was a trip down memory lane. Ran up Ocean Park to Barrington, and back to the beach on Palms. Nice and hilly. We passed my old neighborhood, Mar Vista, from when I first moved to LA. We passed Brent’s old apartment and ran the route Brent and I ran from Palms down to the beach and back when we first started dating. When we got back to Venice, we ran down Abbott Kinney and back to The Starting Line. We ran the last six with a private pilot who was in town with his client. I love meeting random people at runMDR. He ran passed while we were stretching and asked to join in. It was fun to meet someone new, and learn about the lifestyle of a private pilot. Made the miles fly by! We ran the full 16 miles averaging 8:33. Maybe a bit too fast for a long run, but we talked the whole time so I’m thinking the pace was probably OK.

Here we are celebrating Ma’ayan, Jesse and Critter a few hours after the run! I hope I am as cute as she is when I’m pregnant. 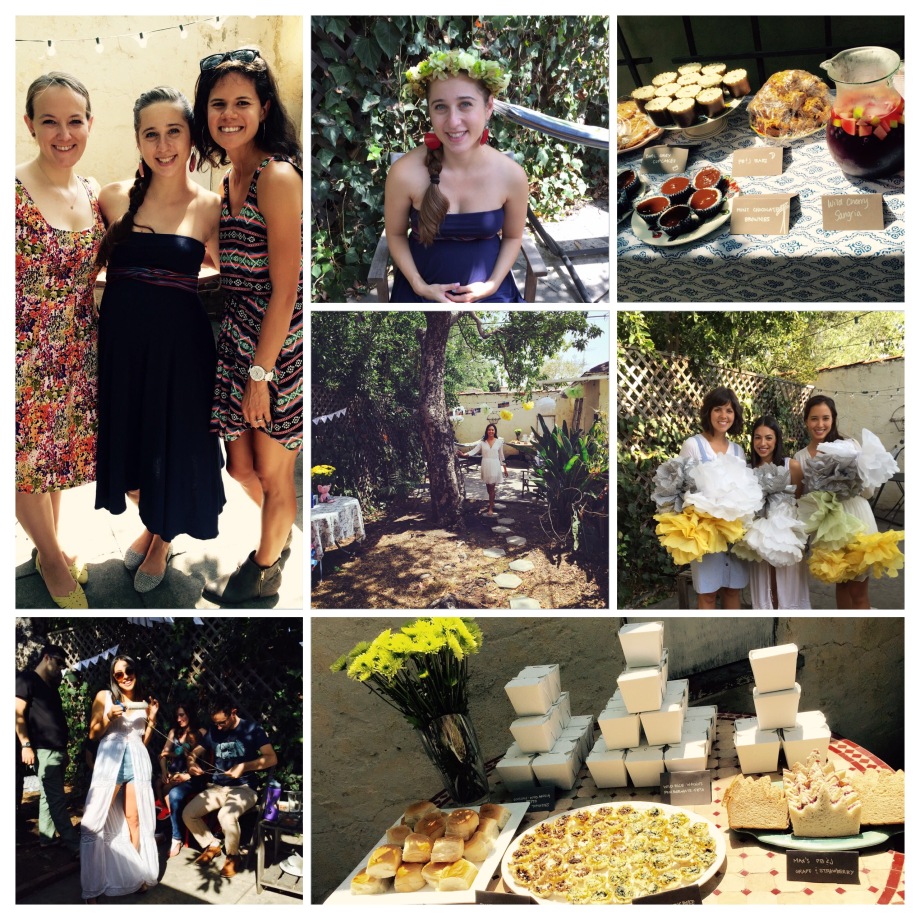 Alaina catered all the food. The big hit was the BBQ Chicken. That sauce. Lucky for me I got a jar to take home 🙂 I made the Wild Cherry Sangria. Super easy to make, and unless everyone was just trying to be nice, it was well liked. 1 bottle red wine, 1 bottle Villa Italia Blood Orange from Trader Joe’s, 1/2 cup tripel sec, and 3/4 cup wild cherry vodka. I chopped up an apple and threw in a small container of frozen blueberries. Probably should have thrown in some frozen cherries as well. Next time!

This week I treated myself to ubereats. I had a $25 credit so I bought these two beautiful boxes with a smoked gouda turkey sandwich, two macarons, chips and an edamame salad. I usually pack my lunch. Cheaper and healthier. But I can DEFINITELY see myself doing this every once in a while as a nice lunchtime treat, especially since I have the type of job where I can’t leave the building.

And it wouldn’t be August without a trip to the Teacher Store, Lakeshore. So many fun borders!

And this morning after lulu, The Three Amigos went to Air Aerial Yoga. It was a good arm work out, and gave a nice stretch. Why not do a quad stretch while upside down? 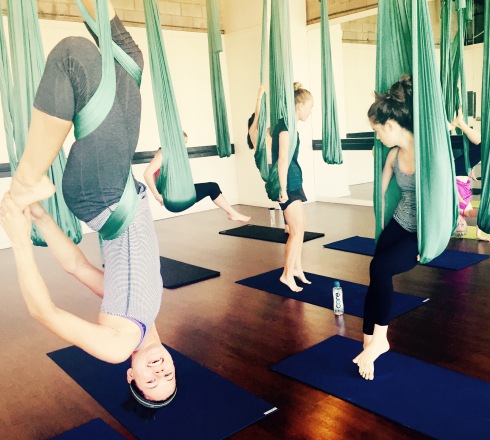 After yoga I went to the airport to pick Brentford up. He was in Abilene, TX for his grandma’s birthday. Happy to have the hubby back! We went for a lovely walk on the beach. Ahhhh I love Playa del Rey.

And because this week will involve a few late after-school meetings and post-work running, I made a two batches each of picadillo and farro with sausage and mushrooms, one for the freezer and to eat this week. 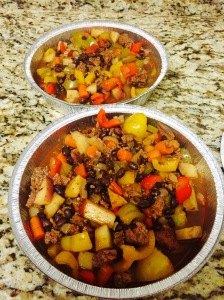 My lunch is packed, my dinners are ready to go. Ready to tackle the work week, and my final week as a 20 something.